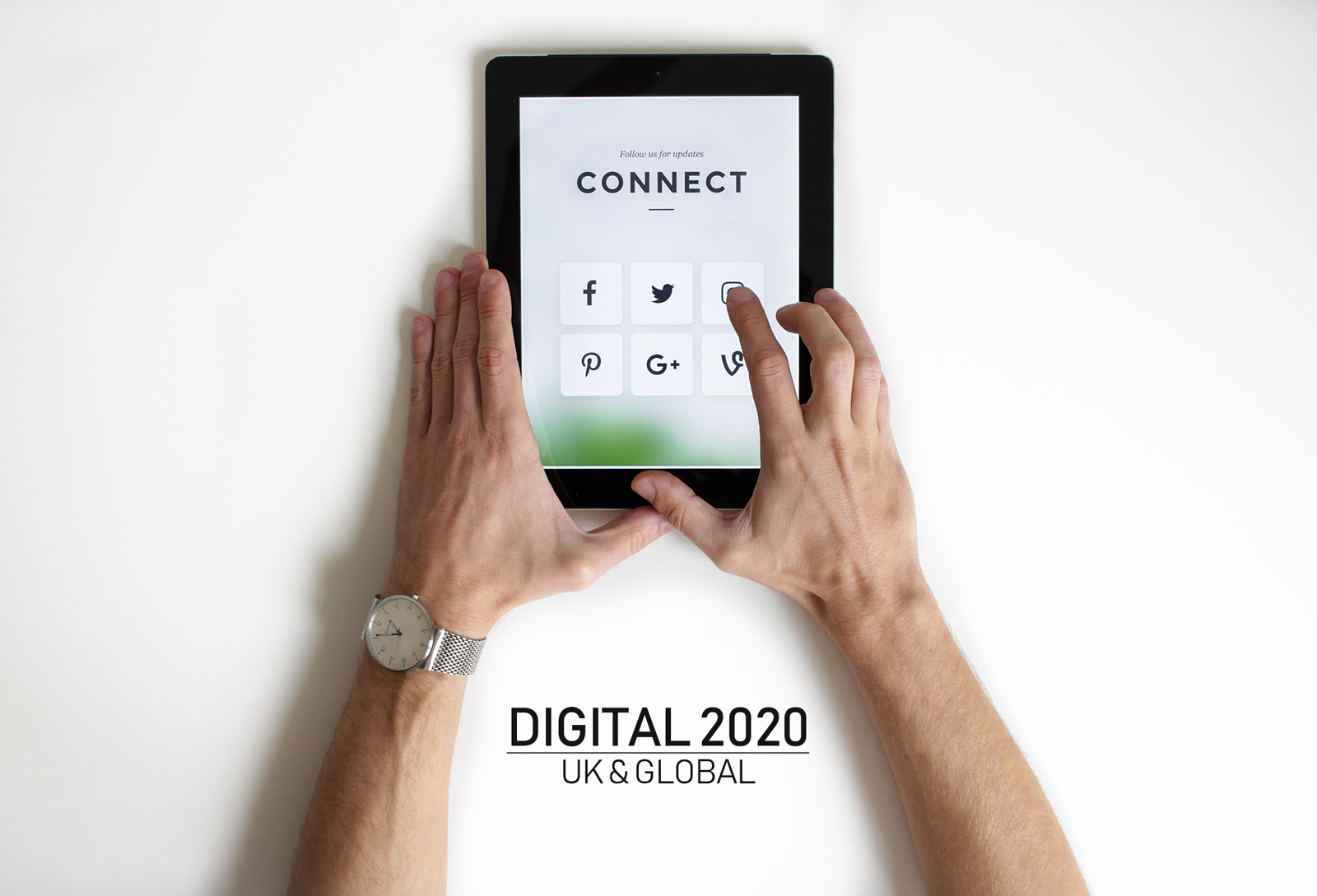 Some important challenges remain, however, and there’s still work to do to ensure that everyone around the world has fair and equal access to life-changing digital connectivity.

Digital in 2020: The essential headline numbers

Digital’s role in our lives has reached new heights, with more people spending more time doing more things online than ever before:

The average internet user now spends 6 hours and 43 minutes online each day. That’s 3 minutes less than this time last year, but still equates to more than 100 days of connected time per internet user, per year. If we allow roughly 8 hours a day for sleep, that means we currently spend more than 40% of our waking lives using the internet.

What’s more, the world’s internet users will spend a cumulative 1.25 billion years online in 2020, with more than one-third of that time spent using social media. However, the amount of time that people spend online varies from country to country, with internet users in the Philippines spending an average of 9 hours and 45 minutes per day online, compared to just 4 hours and 22 minutes per day in Japan.

Getting to full access: connecting the unconnected More than 2 billion people have come online since the first mention of “The Next Billion”, but just over 40% of the world’s total population – roughly 3.2 billion people – remains unconnected to the internet.

More than 1 billion of these “unconnected” people live in Southern Asia (31% of the total). Countries in Africa account for 27% of the total, with 870 million people yet to come online across the continent as a whole.

What about the United Kingdom?

The UK now has 45 million active social media users, with 1.3 million added in the last year. Social media advertising spend is up 20% year-on-year in the UK; £2.6 billion was spent on social ads last year.

Daily time spent with media in the UK:

The average daily time that internet users in the UK aged 16 to 64 spend with different kinds of media and devices. 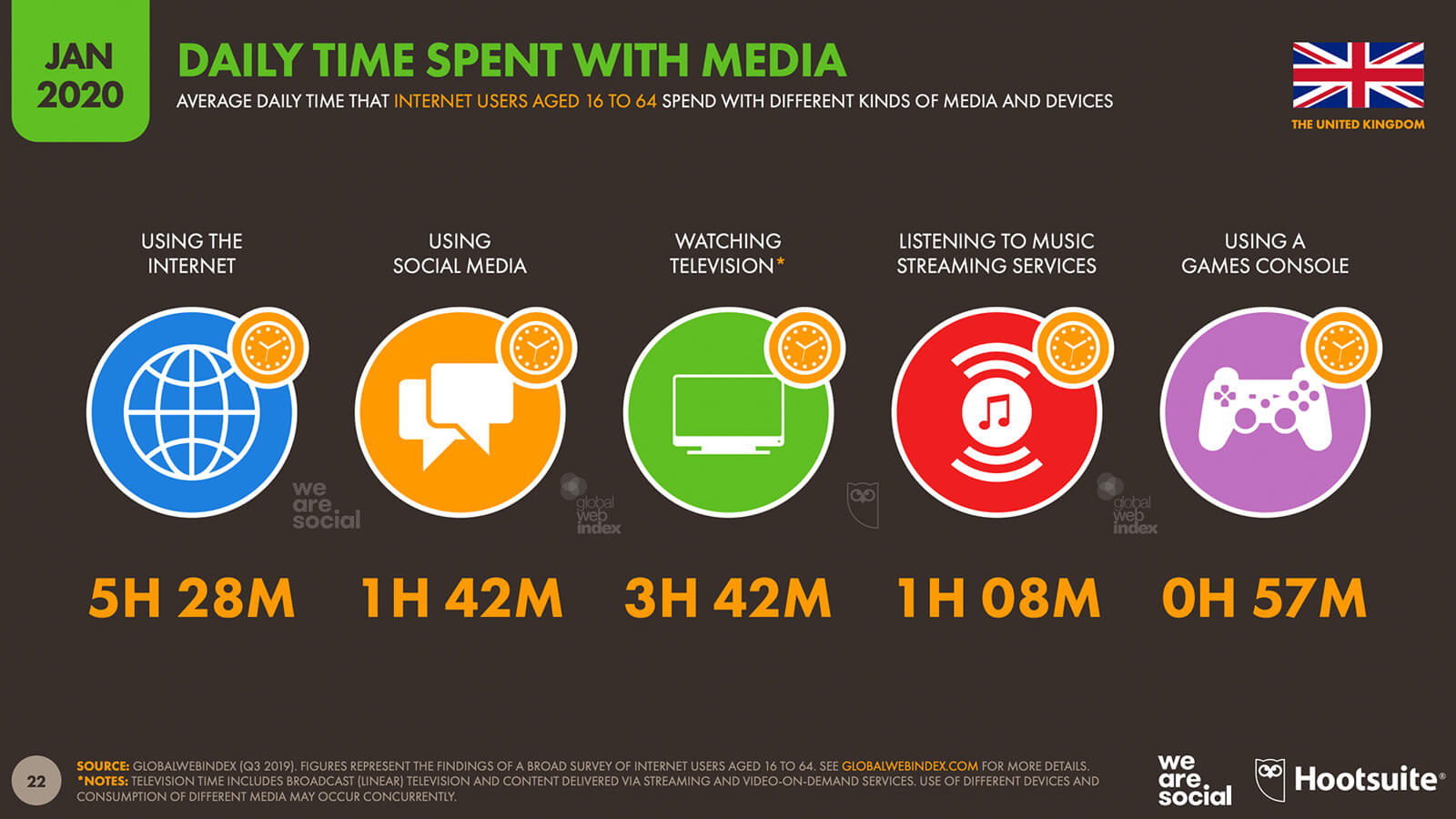 Percentage of internet users aged 16 to 64 who report using each platform in the past month. 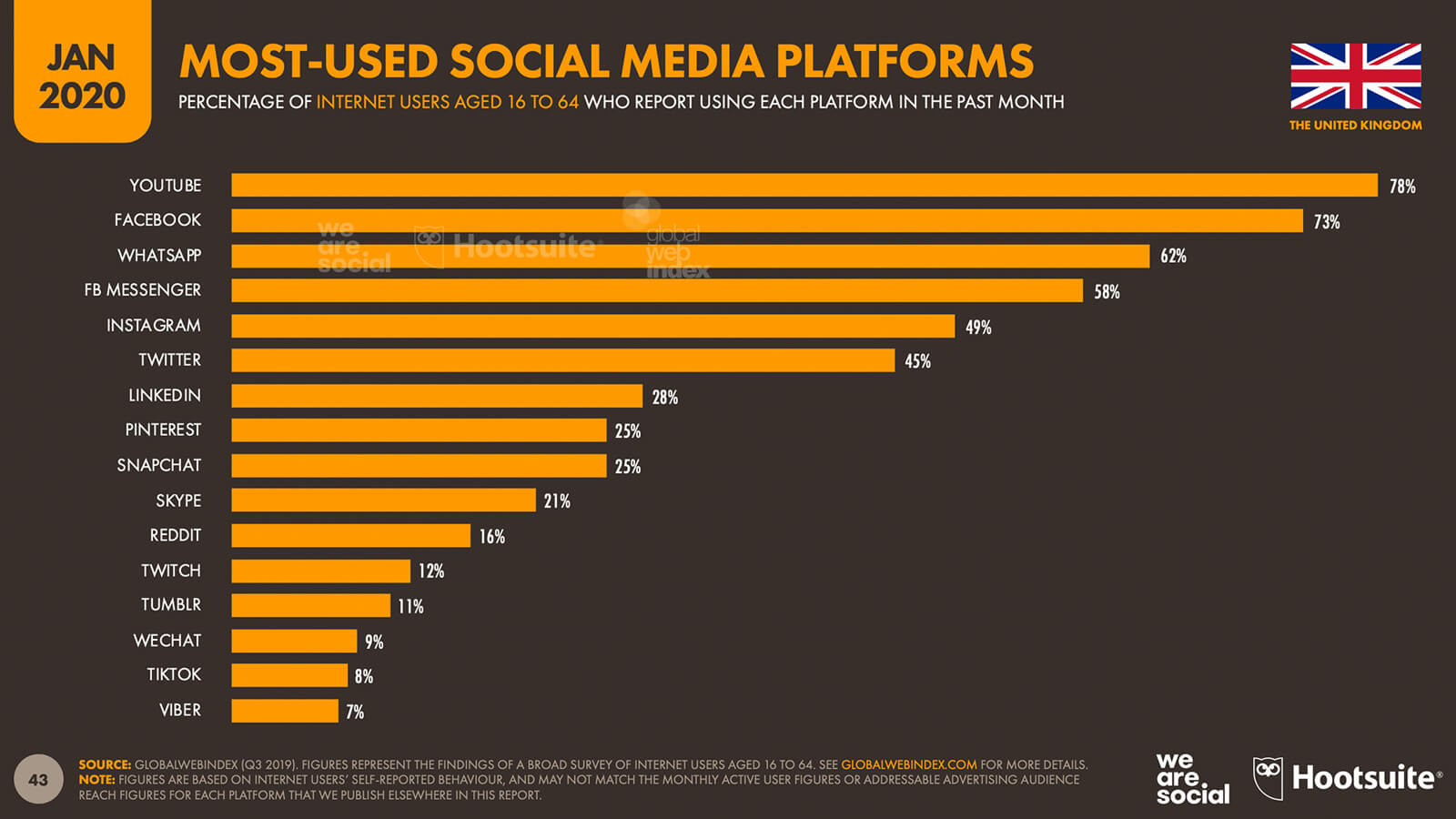 SOURCE & FULL REPORT: We Are Social